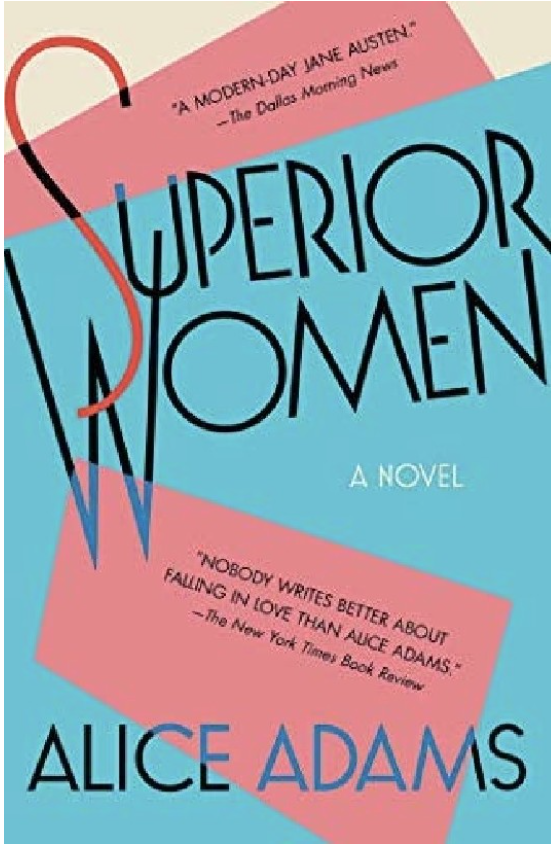 SUPERIOR WOMEN is a 12-part TV series based on the captivating novel, “by the celebrated author, Alice Adams. The New York Times called Adams, “a consummately pleasing writer,” and the San Francisco Chronicle placed her in the company of John Updike and Mary McCarthy.  Ivy London writers/producers, Carole Keeney Harrington and Rick Harrington have turned the novel into an irresistible story of the beginning of women’s evolution toward independence.

Adams’ ambitious story of the sexual and social evolution of five women from Radcliffe College grabbed a spot at the top of the Best Sellers List back in 1984.  Its themes are as topical today as when they were written.  Rich, poor, repressed gay, Jewish wife, Catholic priest seducer, civil rights activist –  Adams takes us through the lives of the women at college and beyond.

The destinies of Lavinia, Megan, Peg, Janet, Cathy intertwine to traverse four crowded decades from 1945 through the 1980s.  At the cusp of a major revolution in mores, Adams delivers a richly compelling story of women who find the rapidly changing world both exciting and disorienting as they struggle to fit superior brains and education into a society not ready for their ambitions nor they for its impact upon them.

Would you like to be a part of our next project!​

MY CHAPERONE – THE DRONE© is a family/action/adventure feature film targeting the youth, family, consumer drone and gaming audiences, with an original twist on the drone phenomenon. Its heroine, Megan Mills is a 17-year-old billionaire heiress, movie-star-wannabe rebel. She threatens suicide when her mother blocks her chance for a Hollywood audition. It backfires, and Megan is committed to a psychiatric facility. ​